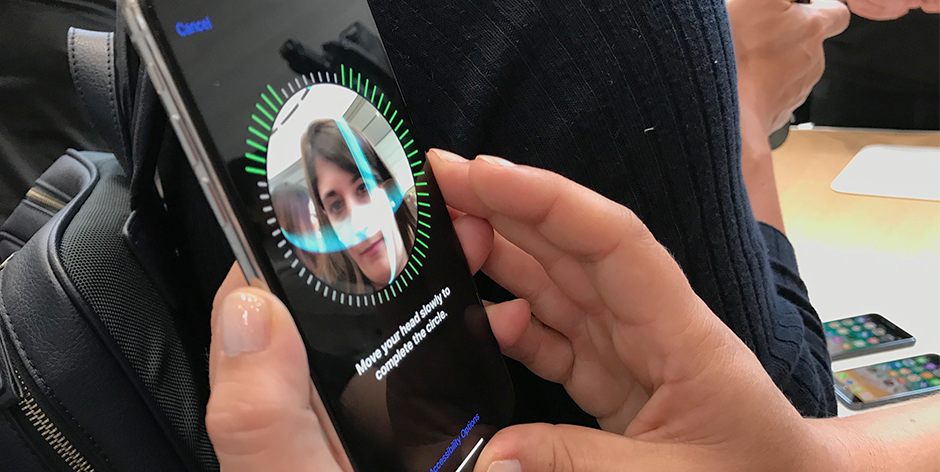 31 Oct There’s a privacy risk to that new iPhone X, and it’s literally written all over your face

Remembering passwords are a pain, and it’s why some people are embracing the convenience of biometric technology. Using a thumbprint to unlock a phone is something people always have on them, and don’t have to remember.

This week, Apple began taking pre-orders for its US$1,000 iPhone X. Along with that hefty price tag, customers will face a new unlocking technology that’s raising concerns over security and privacy: Instead of a thumbprint, the iPhone X will take a 3D scan of your face.

Apple claims the facial data will only be stored locally on the phone, and not compiled on company servers. However, that’s not the case with other companies that use similar technology.

One of the largest facial databases in the world is owned by social network giant Facebook. Some 350 million photos are uploaded to its servers every day. And as of June 2017, the social media giant reported it had 2 billion monthly active users.

Right now Facebook is using the technology to detect who’s in your photos. But April Glaser, a technology reporter with Slate, warned that the database could be used in other ways in the future.

“Certainly in a few years, we could imagine a scenario where there’s a camera that knows you walked into a store and somehow that’s married to your Facebook activity,” Glaser told CNBC’s “On the Money” in an interview recently.

“They know your emotion or what you just posted. They know you’re having a good day because you shared something happy about your family, and then they’ll be able to market to you perhaps based on that emotion,” she added.

Glaser said that Facebook in particular has worked on technology that can perceive your emotions based on your face.

Meanwhile, it’s not just the companies that develop this technology, or the advertisers that buy this data that raise concerns. Glaser suggested the public should be concerned about those whose job it is to protect citizens.

“Right now police do need a warrant to unlock your phone or compel you to hand over a password. But it’s still contested whether or not they can force you to put your finger on a touch ID,” she told CNBC.

“And something that’s way less coercive that forcing someone to put your finger on a touch ID is just simply confiscating the phone and holding it up to your face,” Glaser added.

She warned that people who are more prone to police searches will need to be careful, and perhaps shouldn’t use this feature.